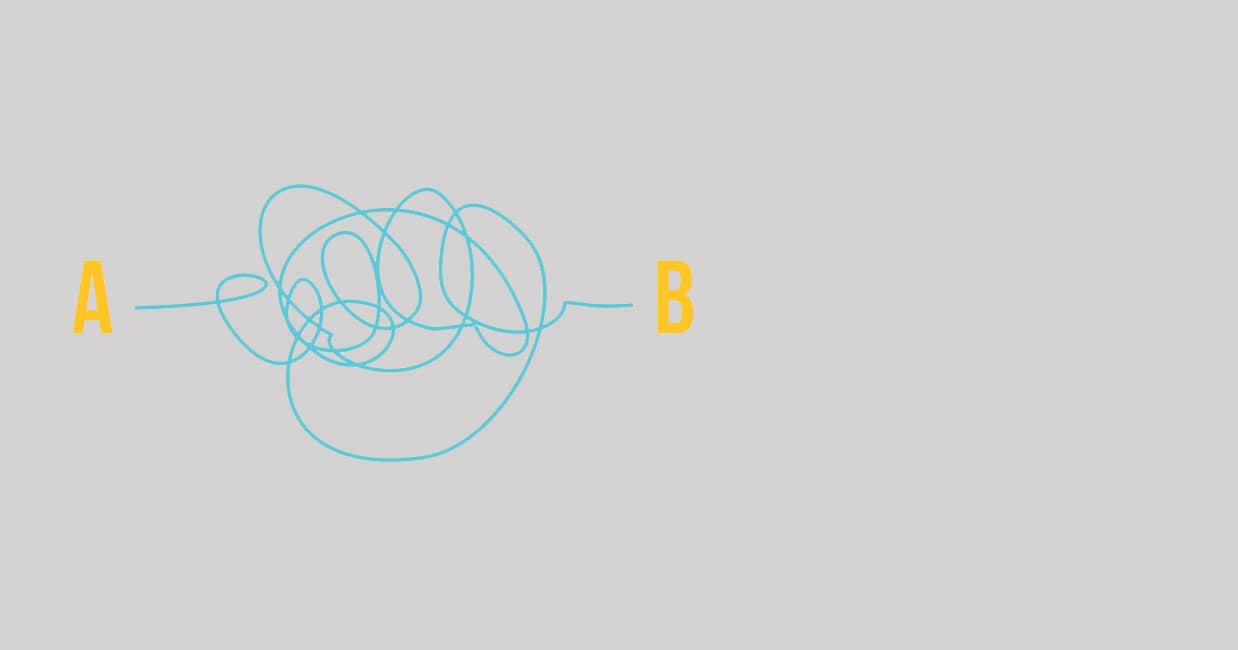 PART 1
HOW DID WE GET HERE?

We’ve all been there at one point or another. You place an order online and things seem to be going well. The transaction goes through correctly, you receive a confirmed order email, and when you check a few days later, an estimated arrival date has appeared on your account. Then the arrival date comes and goes. No package. You wait a few more days. Still no package.

So you call customer support – all you want to do is talk to a real, live person. Ten, twenty minutes pass. Forty minutes go by. At this point it’s a matter of principle to stick it out and talk to someone.

Finally, it’s your turn! You do a little happy dance, knowing that nearly an hour on hold is finally going to pay off! Until it turns out that despite having four different systems that should (theoretically) be able to track your items from order, to fulfillment, to shipping, this rep still has no idea where your order is. Don’t worry though, your request is being escalated to someone who should be able to give you a better answer—can you call back in 24 hours?

When presented with a scenario like this (which, unfortunately, is based on a recent experience I had with a leading brand), it’s easy to feel like large retail organizations are run by faceless goons who only care about making a profit. However, we all know that is simply not the case. No CEO, CIO, or COO sets out to create such a hellacious customer experience because they know that 95% of dissatisfied customers share their experiences1, and that U.S. companies lose billions of dollars annually due to poor customer service 2.

If the stakes are so high, why do so many companies end up in such dire straits? While there can be a variety of reasons, there is a vital clue to one major problem for this particular retailer. Can you spot it?

This is part 1 of a mini series that will explore what actually happens when customers face this kind of trouble with an order, the potential impact that could have on a business’ revenue, operations, and most importantly, customer service.

So, did you spot the problem? It’s the four different systems. Instead of having a single integrated solution that would show the customer service rep the entire story of my order, including the history and current status, she was flipping between systems that were communicating with each other about as well as a sullen teenager when asked about his or her day. In other words: not well. It’s the kind of nightmare scenario that makes most executives wonder, “This is so bad…how did we end up here?”

This isn’t an isolated, or particularly recent issue either. According to a 2013 Forrester study, “42% of service

agents are unable to efficiently resolve customer issues due to disconnected systems, archaic user interfaces, and multiple applications.”3  As companies continue to grow, whether through acquisitions or the addition of new channels, product lines, or locations, new problems crop up. The common reaction is to stick a band aid on these issues. New financial system here, different warehousing tool there, 3PL integration over yonder—pretty soon the only thing holding all these systems together is some chewing gum and a prayer.

The band aid reaction is understandable too. In the short term, it’s the cheaper, easier option. But what about the long term costs? As Duncan Taylor, part of the Global Retail Industry arm of Microsoft, pointed out in a recent webinar, time, money, and energy spent on integrating a multitude of disparate systems is time, money, and energy wasted. Diverting these resources towards implementing a Unified Commerce system (a set of enterprise business tools built to seamlessly work together) would ultimately result in a better customer experience, lower overall cost of ownership, and ultimately a higher ROI.

Which is probably why, according to the IHL Group, unified commerce will be one of the biggest drivers of IT spend over the coming year with over $30B devoted4 to solving issues like the ones I experienced. But, here’s the thing—there’s a reason why it’s taken the industry so long to catch up with a clearly pressing problem, and why so many smart people still revert to the band aid solution.

To find out what’s keeping major retailers from making the switch to a Unified Commerce solution, how to get over it, and key factors for making sure your IT budget is spent wisely, join us for Part 2 of How Did We End Up Here?